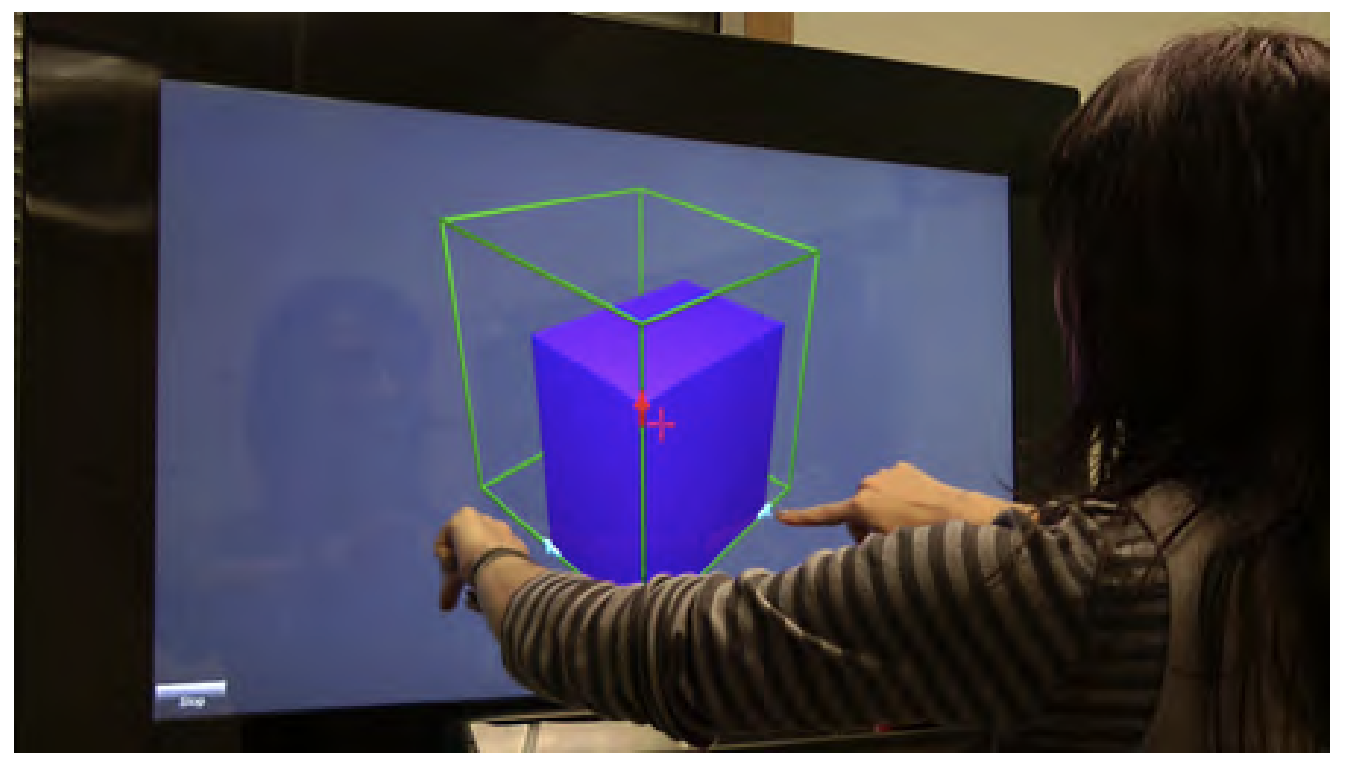 The benefits of two-point interaction for tasks that require users to simultaneously manipulate multiple entities or dimensions are widely known. Two-point interaction has become common, e.g., when zooming or pinching using two fingers on a smartphone. We propose a novel interaction technique that implements three-point interaction by augmenting two-finger direct touch with gaze as a third input channel. We evaluate two key characteristics of our technique in two multi-participant user studies. In the first, we used the technique for object selection. In the second, we evaluate it in a 3D matching task that requires simultaneous continuous input from fingers and the eyes. Our results show that in both cases participants learned to interact with three input channels without cognitive or mental overload. Participants’ performance tended towards fast selection times in the first study and exhibited parallel interaction in the second. These results are promising and show that there is scope for additional input channels beyond two-point interaction.